Avoid the bandwagon and practice what you preach.

The Blogfather bludgeons and interrogates social purpose this week, goes after VISA, but finds some time for Heinz and tips his hat to the work of Steve Harrison.

It’s hard to imagine anyone’s brand recall for VISA being strengthened by this, nor being moved to any meaningful action.

And as quick as that, we are in November. Autumnal hues abound. Bonfire night passed without another attempt to blow up the Houses of Parliament and the corrupt Conservatives. Shame. The clocks have gone back, it’s dark by 4:30pm and the Christmas ads have landed. Where does the time go?

It feels extra special and comforting to be watching the Christmas ads this year round. The Blogfather’s usual bah-humbug cynical dissection has melted away. A bit. It’s extra special for two reasons.

One, just to be getting that warm Christmassy feeling after another bloody tough year. But also, from a marketing and advertising point of view, it is great to see brands and agencies putting a lot of budget and creativity into producing good work in a ‘traditional’ advertising form, and quite simply trying to sell and make people part with the few extra pennies they have left once they’ve forked out for their energy bills.

For, ‘tis the season for selling.

I’ve recently finished reading Steve Harrison’s new edition of Can’t Sell Won’t Sell (he popped onto our podcast to talk about it too), and hopefully you all get a copy in your stocking this Christmas.

Against a backdrop of COP26, with preaching and pledges aplenty (time will tell if anyone actually does anything meaningful), it is yet another year where brands and agencies have been sniffing the social purpose Bostik* and seemingly forgetting to actually sell.

For example, earlier in the year this billboard from VISA was all over the London Underground. 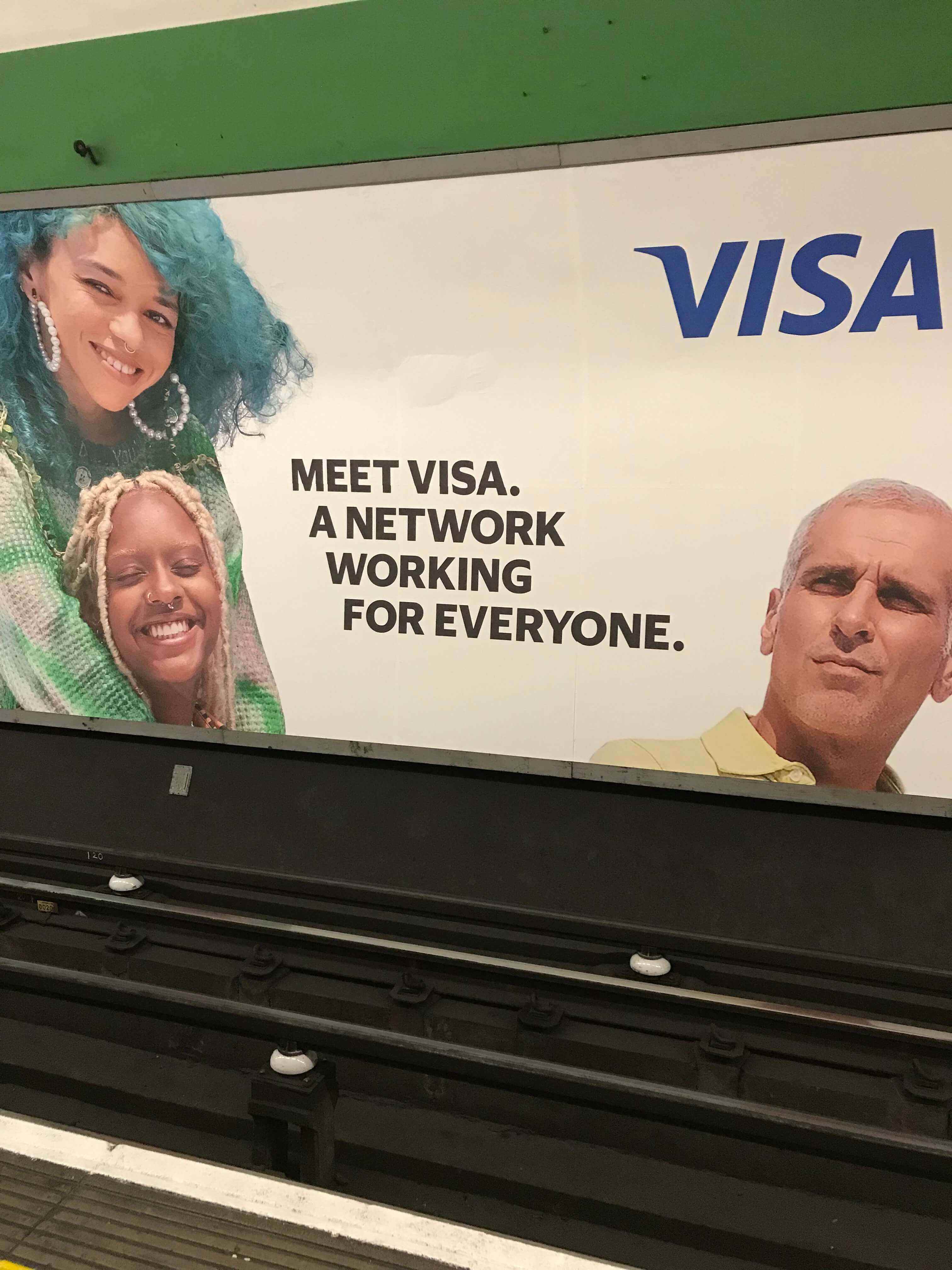 Jumping on a bandwagon doesn’t cut any mustard.

Inoffensive enough, but it’s also just so bland, a CSR box-ticking exercise and piece of creative that probably took five minutes to conceive and execute. The middle class, middle-aged white guy in the ad has a slightly disconcertingly stern face; almost as if he has seen a mixed-race lesbian couple walk into his golf clubhouse. But anyway, it’s hard to imagine anyone’s brand recall for VISA being strengthened by this, nor being moved to any meaningful action.

In the words of Jeremy Bullmore (via Steve’s book):

“Advertising’s role is to provide the best advice to clients on how to meet their business objectives. And then to harness what skills it has in order to achieve those objectives. It has no remit to take stands or choose sides on political, cultural or social issues. And the moment it does so, its judgement is compromised.”

The was a bit of a furore quite recently when Heinz changed their iconic slogan ‘Beanz Meanz Heinz” to “Beanz Meanz More”, no doubt as part of hopping onto the purpose bandwagon. Why mess with something that is so great?

We would need some proper market research, but it’s questionable how many people expect their go-to baked bean supplier to be saving the planet. More likely, they just want them to be readily available on the shelves, and reassuringly there at the back of the cupboard when they have nothing else in.

However, this is different to and cleverer than VISA’s bland ad because, as Mark Ritson stated:

“…this was a smart and savvy way to update an ancient brand and play, for a while, with one of the greatest codes in FMCG…It’s a strange but wonderful paradox of older brands that, when you remove their name from packaging or advertising, the first thing that consumers do is fill in the cognitive blank in such a way that salience occurs to a much greater effect.”

It is possible to do social purpose well, and not go all in and overdo it, a point Steve Harrison also makes.

There are two key elements that make social purpose work. 1) putting your money where your mouth is, and 2) your purpose really needs to be intrinsically rooted in why you went into business to begin with. Jumping on a bandwagon doesn’t cut any mustard.

It was interesting to read what Steve would do if he had an agency now: “If I was running a shop now and I was aiming to say one thing and actually do it, I would try to gain B-Corp accreditation.”

As well as reading about his old agency’s purpose, which was simply: “to run an agency that produced happy and productive people.”

So, here we have the ‘putting your money where your mouth is’ and having a purpose that is fundamental to your reason for being.

These two quotes from Steve bring to mind a client of ours, Zen, who are a broadband supplier. Zen are one of the few brands that have a genuine purpose that led to their creation and still governs all that they do. They were created by Richard Tang, and in his words:

“I founded Zen in 1995 as a pioneering Internet Service Provider (ISP) and I am still very much involved in the company, which I will never sell. My ethos 'happy staff, happy customers, happy suppliers' remains at the heart of everything we do.”

Zen are also a certified B Corporation (certified B Corps are a new kind of business that balance profit with people and the planet, and it is very hard to achieve. A hastily artworked billboard with diverse photo stock won’t cut it).

I don’t think it is a coincidence that Steve and Richard both talk of happy staff and people being a fundamental part of purpose. From there, great creativity and productivity can flourish, creating good work in the process, both in a creative, selling, and social sense.

*Other addictive adhesives are available.

The Blogfather descends into the murky underworld of digital advertising this week, dissecting an advert for Peroni, and another that appears to be intent on blackening Bear Grylls’ good name.

Burger King's Fernando Machado is (rightly) adamant that marketing belongs in the boardroom - but is his latest stunt more likely to leave us loitering around the lavs?