The Blogfather returns from a stretch away to batter programmatic advertising.

It’s been a few months since my last blog. I had to lay low for a while, you know how it is. But as I was shifting between safe houses, a few things caught my eye, including a marketing email from Campaign magazine.

It was for a case study entitled: ‘Programmatic as a force for good: How can advertisers help save the world?’ without any hint of irony.

Naturally, I immediately smelt bullshit. Akin to big brands like Pepsi who’ve attached themselves to a profound social purpose to improve their brand image, Xaxis (the programmatic agency whose case study it was) were trying to convince us that programmatic can make the world a better place, thus improving its integrity.

You can understand why they would try this, as programmatic advertising’s reputation is a bit Weinstein at the moment. The problem with programmatic is that no one really knows what it is, and how it works. All rhetoric around it is laced with jargon and vagueness.

You may not be exactly aware of what it is (you aren’t alone), so let’s try and define it. LinkedIn’s Kenneth Kulbok states; “Put very simply, programmatic is buying digital advertising space automatically, with computers using data to decide which ads to buy and how much to pay for them, often in real time.”

So let’s run with that. Much more interesting and enlightening, however, is this from Martin Cass, the former President of Media agency Carat:

“They [clients] don’t understand it. We have become experts on the top of a pinhead and there are probably 1,000 people operating on the top of that pinhead. It’s so utterly bewildering and confusing.”

As Dave Trott said in a recent talk that all us Gaspers trotted off to: “creativity is the last legal unfair advantage.”

It’s this closed shop, this lack of transparency, that inevitably leads to all the under hand shenanigans. Programmatic has been beset with problems of fraud, non-human exposures, large costs from middle men and a lack of viewability.

I thought I’d delve into some Xaxis case studies on programmatic, to try and find anything tangible. There were some very specific stats on things that arguably don’t mean too much, like ‘306% lift in visitation rates’, but when it comes to the bottom line, there is disconcerting vagueness, like one project that achieved ‘An increased ROI’. Yes, but by how much exactly, and in relation to what?

Of course, getting a tangible ROI is an age old problem beyond only programmatic, but furthermore, programmatic is nowhere near as clever/creative/subtle as it likes to think it is. There is a cracking example of this in this great blog by Tim Burrowes – a fake news/endorsement advert that appears on The Sunday Morning Herald Website.

I’ve blogged on signalling before, but it is pertinent here. A company may spend thousands on a programmatic ad campaign, but the public wouldn’t know that; in fact, the ads could appear served on crappy websites, and the whole thing just seems tacky. Consumers recognise this as a cheap form of advertising, and therefore judge the company by this. It works the other way too. The Blogfather’s paper of choice, The Guardian, sells ad inventory on its website, but some of the ads really are questionable, sometimes even of the click bait variety. It’s understandable why The Guardian does this, as they still don’t have a pay wall and need to balance the books, but it certainly cheapens the brand.

This week the Nobel prize in economics went to Richard Thaler, for his pioneering work in behavioural economics; a branch of economics very popular in some marketing circles, including Rory Sutherland, and us at Gasp (I’ve blogged on this before too). Maybe programmatic could learn from this; it is a simple, clever and creative way to subtly change human behaviour to a party’s advantage.

Richard Thaler developed something called nudge theory. A great example of this is organ donation in Spain, who now operate an opt-out system. All citizens are automatically registered for organ donation unless they choose to state otherwise. Spain is now a world leader in organ donation. An amazing result for minimal effort. It is all based on a great understanding of the human’s psyche; to always put off doing things that take a bit of effort, even though they may be naturally inclined to ‘do their bit’.

It’s easy to get carried away with the latest fad/advancement in tech, and think you have to be all over it, but some fundamental things are more important. As Dave Trott said in a recent talk that all us Gaspers trotted off to: “creativity is the last legal unfair advantage.”

I thought I’d leave you with something else I saw on my break, at the RA Summer Exhibition; a piece I’ve entitled ‘The Reality of VR”. 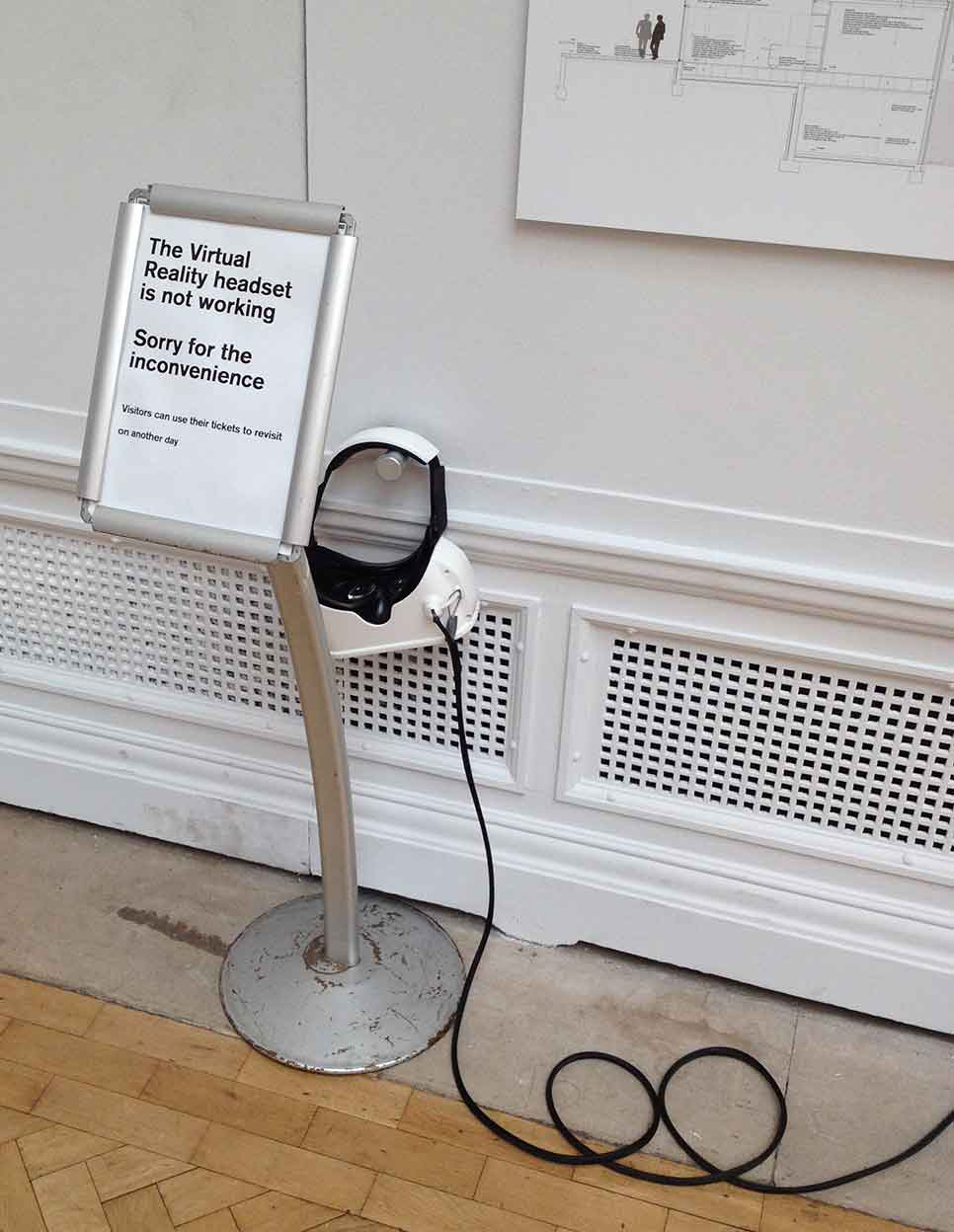 But maybe that’s a blog for another day.

In the meantime, if you are considering some programmatic/digital advertising, best keep your money in your pocket.

The Blogfather concludes his Digital Advertising Trilogy, writes a bit of fake news, and encounters a pantomime in Spring.

It may sound like the name of a shit font, but could the work being done by Big Data company Cambridge Analytica lead to major advances in targeting? The Blogfather looks at the cut of their jib.