The Blogfather goes on his first inquisitive delve of 2016 to see if billboards are still a relevant part of the Marcom mix.

You could now argue that it is only when the creative of a billboard is truly inspired and borderline genius that it can be capable of achieving success.

I blogged over a year ago on a very sad billboard I saw at Romford train station one rainy evening. It actually had a good ad plastered to it, as part of a strong campaign for Fullers entitled ‘Made of London’, but was so poorly lit that you could barely see it.

Yet over a year on, I still ponder how relevant the billboard is, and how many people actually look at them.

Gary Vaynerchuk is of a similar mind. He rightly says that we are in an age where it is even harder to get people’s attention; “People aren’t looking at billboards”. He also sees them as grossly over-priced, and having seen rate cards for certain prime sites in London myself, I would be inclined to agree.

Also, how do you measure ROI with a billboard? OK, the footfall figures of 350k per week sound impressive, say, but how many of those people will even look at it? You have to just trust that it is good for general awareness. No one will be able to tell you that it returned you x amount.

Billboards are not as powerful as they once were, back in the heady days when the likes of the Malboro Man ads were adorning highways. This is primarily because people are now looking down to their phones rather than up, a point Vaynerchuk also makes. But it is not just mobile. There is so much more now that is grabbing people’s attention.

You could now argue that it is only when the creative of a billboard is truly inspired and borderline genius that it can be capable of achieving success. But there are lots examples of this, which points to creativity still being strong with billboards. My favourite has to be this one for Game of Thrones. I hadn’t seen it before researching this blog, and on first seeing it, despite being sat at a desk on a dark winter’s afternoon, I still instinctively went to look over my right shoulder. Brilliant. 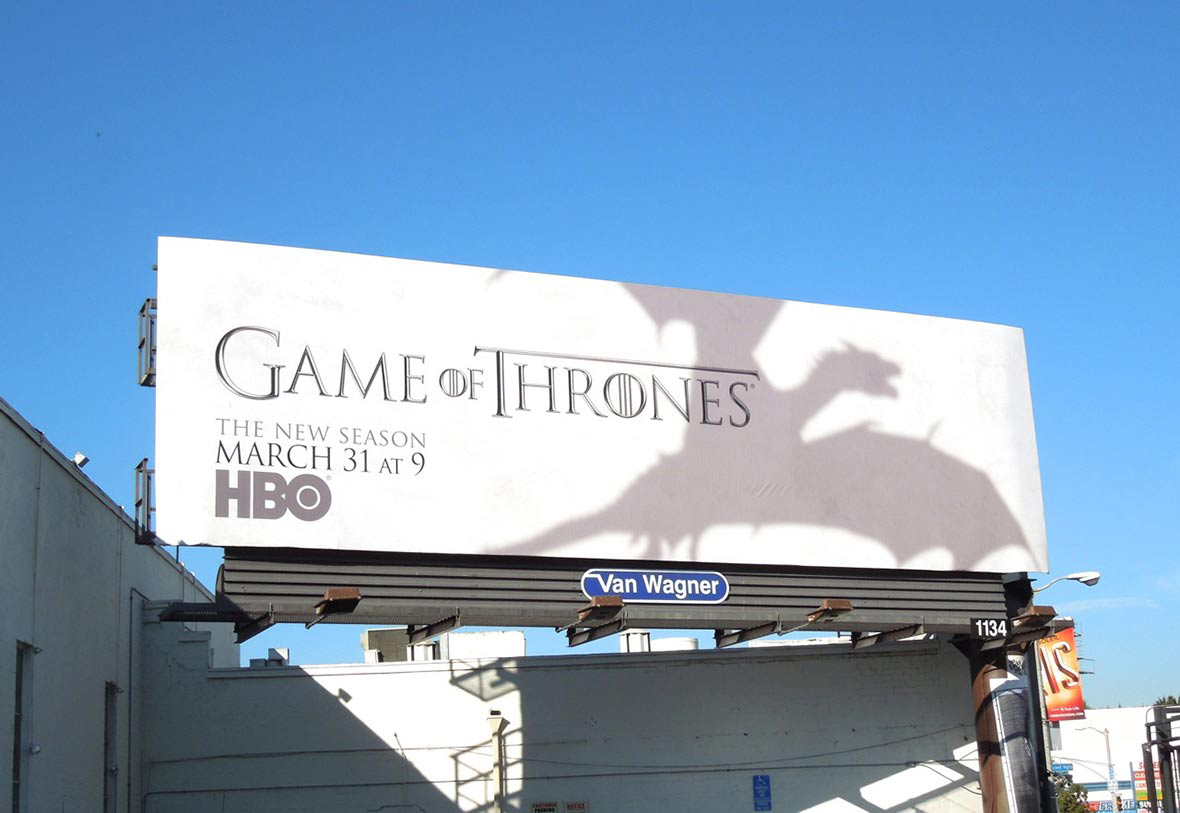 Yet as good as this billboard is, it would have achieved little in isolation. The internet brought it to me. It’s abundantly clear that billboards thus have to work in unison with other channels as part of an integrated campaign to be successful, social media especially.

A great recent example of this is the Carlsberg ‘Probably the best poster in the world’ billboard, which dispensed free beer. Simple but great idea. But how many people in one day interacted with it physically? 400? 500? In isolation you could call it a ridiculously ostentatious sampling stunt, as by looking at its low lying position on the narrow Brick Lane, I don’t think it would be hugely visible as a typical billboard. Yet it was never designed to be a standard, isolated billboard. The associated online press and social media coverage was key.

The campaign hashtag achieved about 2.9 million twitter impressions on launch day. Fold7, the agency behind the creative, won an Outdoor Cannes Lion for it. Enough said. Maybe there is a clue to the future of the billboard in the category name it won in: Adapted Billboard. You feel that the traditional billboard has to adapt to a new competitive environment and evolve to survive. 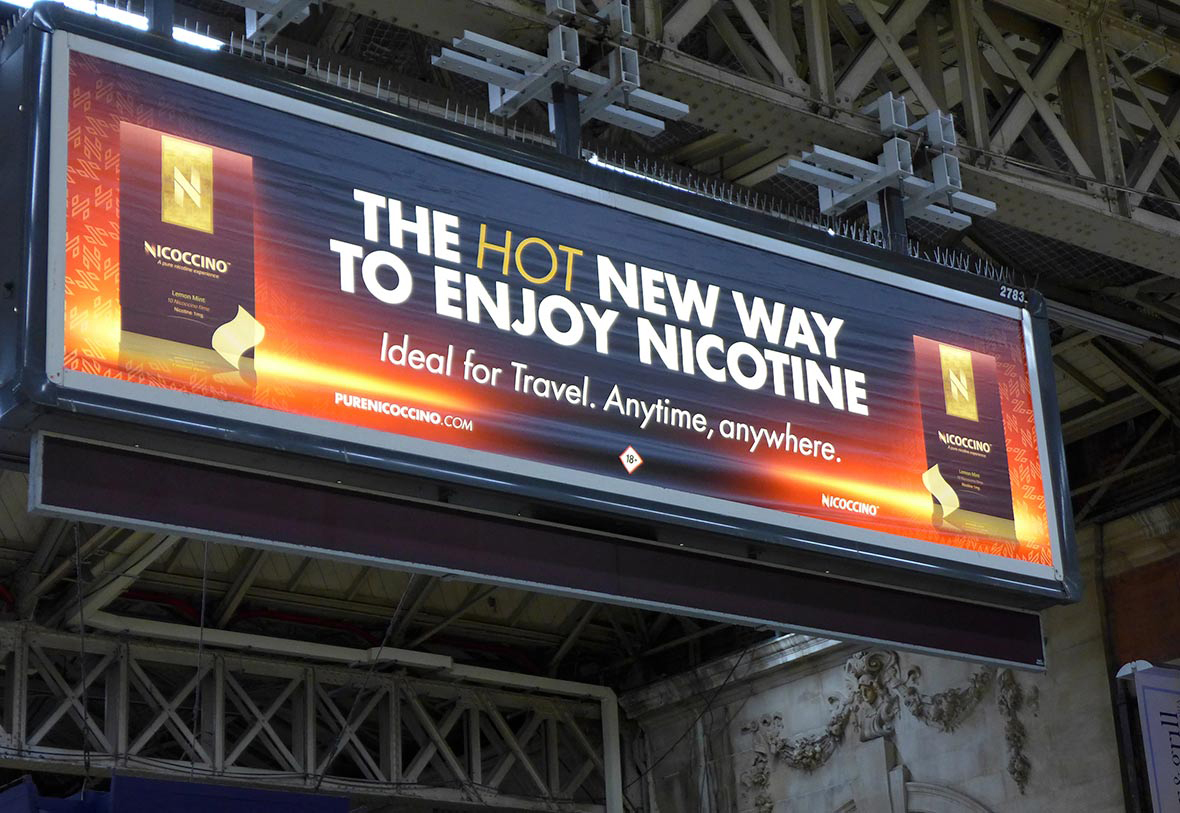 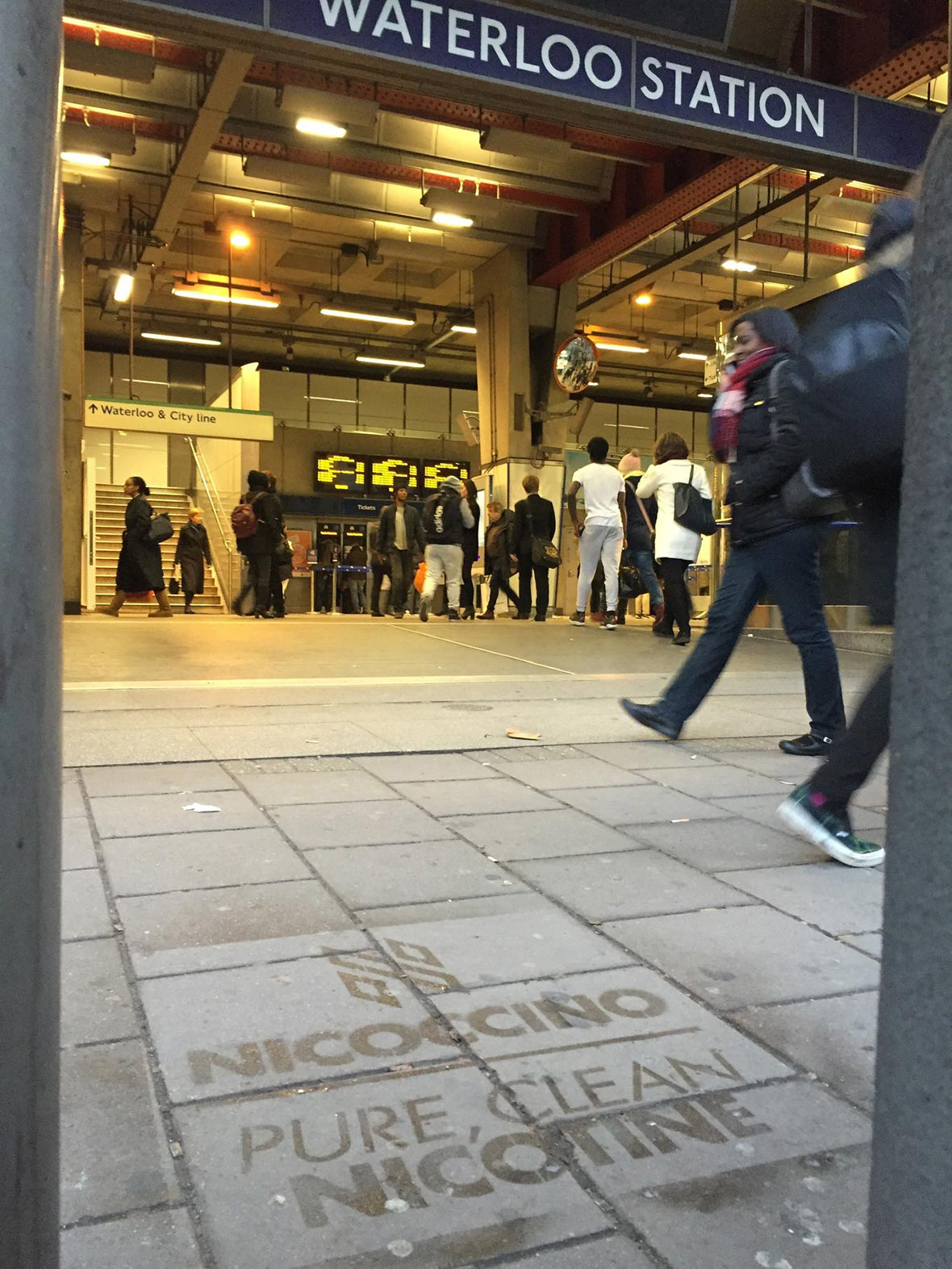 Yet it is doing exactly this, and therefore remains a valuable part of advertising. Even right now, as we turn into 2016 there are aspiring and innovative new brands investing in billboards. On my way home this weekend I took a little detour via Victoria Station to have a gander at a billboard we designed for a new client of ours, Nicoccino, an alternative nicotine product.

Crucially, it is part of a larger strategic campaign, with some really cool clean/rain activated ads, and a strong and vigorous social media output amongst the numerous facets to the marketing. The billboards have gone up with JCDecaux, and the outdoor advertising behemoths have placed Nicoccino into their new ‘Nurture’ division, established to help support new businesses grow and reach vaster audiences.

This sounds like a great innovation for helping new brands get a foothold and flourish, especially in light of how expensive prime ad space can be. And, with restrictive legislation (TPD2) due to put an additional burden on the vaping industry from May, leading to less choice for consumers, it could well be that 2016 is Nicoccino’s year.

The Blogfather certainly knows what he doesn’t want for Christmas, as he rips into the Ring video doorbell adverts and discovers some lessons in marketing from the pieces.

A piece of seemingly unlabelled sponsored content, and a beer giant with the duplicity of a politician, annoy The Blogfather this week.

The Blogfather looks at the advertising phenomenon that is the Super Bowl: ambushes, adverts and all.