A bit of fun on the side, or ready to go mainstream?

The Blogfather throws off the shackles of his inherent scepticism to explore the world of Virtual Reality this week.

“One day, we believe this kind of immersive, augmented reality will become a part of daily life for billions of people.” - Mark Zuckerberg

I’m a natural cynic. That may come through a little in my blogs, I don’t know. But when a colleague emailed through a link for possible bloggage, and I saw it was to do with VR, I was immediately predisposed to think; yes, I can rip into that.

In my defence, this is against a tech landscape where, for example, someone who clearly thought the ‘Internet of Things’ wasn’t vague enough, has now renamed it the ‘Internet of Everything’. I recently read about a fridge that was exhibited at CES 2016 (the biggest tech show of the year) that automatically opens as you approached. Sounds great, but how does it know you are not just intending to stick one of your kid’s school paintings on the front of it? And with reports that the early incarnation of the self-driving car could be about as safe as getting a ride in an Uber cab, my natural scepticism on the future of tech can, to a degree, be understood.

But presumption is a dangerous quality, so I delved into the article with as open a mind as was possible.

Firstly, strictly speaking, it is ‘Augmented Reality’ rather than ‘Virtual’, but maybe augmenting the real world is a lot more achievable on a useful, large scale than creating entire new worlds at the moment. The device is called the Smart Helmet, and is a hybrid of a safety helmet and a set of safety glasses, providing “mixed reality work instructions, safety information, mapping and more”, for industrial workers. Designed by LA start up Daqri, it was also unveiled at CES 2016, where it was very warmly received and grabbed headlines. I can see why, the potential for helping on-site engineers in the likes of the construction and oil & gas industries is huge. They’ve assembled a very talented bunch at Daqri, so no doubt can’t fail in producing something of genuine worth. 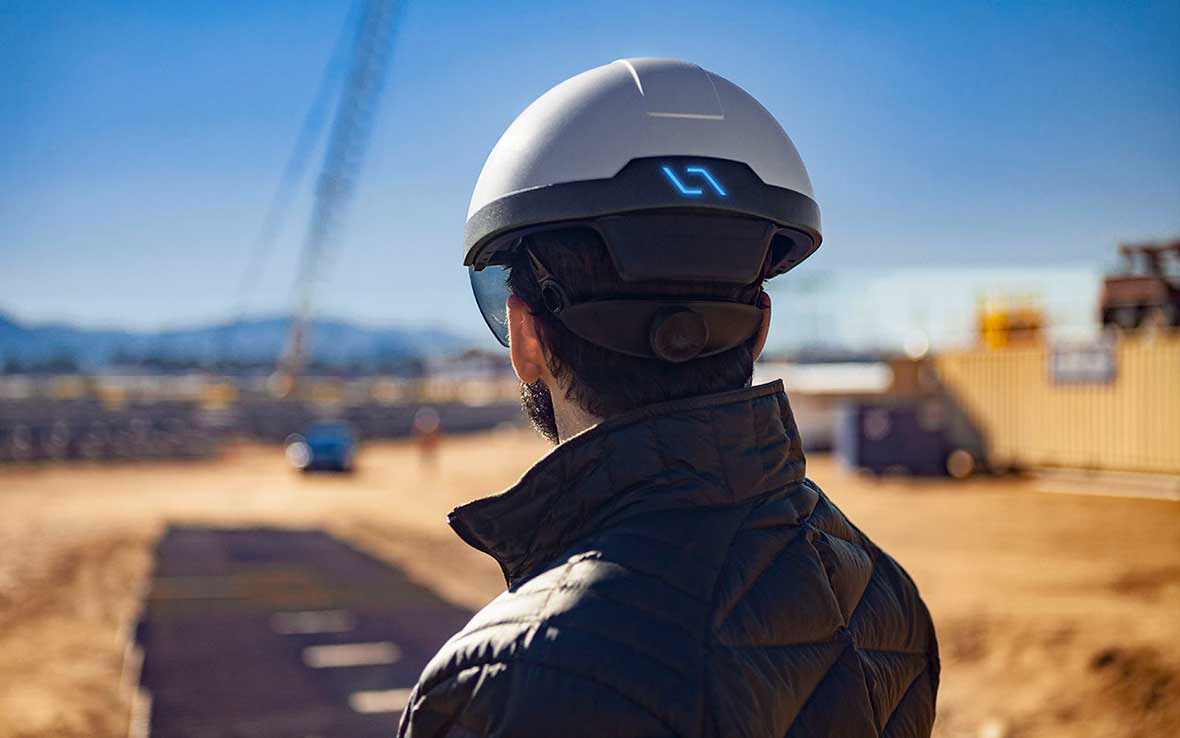 It is exciting stuff like this that has a lot of people touting 2016 as the year of Virtual Reality, but will it truly take off and become mainstream?

The mere fact that Mark Zuckerberg spent $2bn on acquiring Oculus VR in 2014 would indicate it may be close. Oculus Rift started life as a Kickstarter for a mere $2.4m as recently as 2013. Some growth. And it isn’t only Facebook; as Sony’s PlayStation VR and HTC’s Vive are also in the pipeline, and that’s not to mention the somewhat lower end cardboard headsets from the likes of Google and Coca Cola that are in circulation.

Back in March 2014, Zuckerberg said; “One day, we believe this kind of immersive, augmented reality will become a part of daily life for billions of people.”

Is that day now? Not really. For the time being is does appear to be niche.

The attraction for the gaming industry is obvious, but VR’s use goes beyond this. There are already some great innovations in the world of education. Last year The British Museum transported you back to the Bronze Age via a Samsung Gear VR headset, so you can experience what it was like to live in a roundhouse c. 1000 B.C. There is great scope for brands and companies to implement ‘try before you buy’ VR, from cars and planes to retail spaces. The immersive experience offered by VR makes it hugely attractive to brands, and they are seeking to exploit the opportunities offered.

When I think Virtual Reality is always brings to my mind this scene from the Red Dwarf episode Back to Reality.

“Most people don’t have computers with high-end graphics cards. In the future, that’s going to change: give it five or six years, and most computers will be capable of running good virtual experiences.”

We may have to be doing our own style of ‘do it yourself’ VR for a while yet, with the likes of Google Cardboard, until the tech becomes affordable and good enough for all. This is something Oculus VR founder Palmer Luckey acknowledges.

It may be that the ubiquitous behemoth, mobile, is the most immediate way that VR goes mainstream. Analyst company SuperData predict that most of the $5.1bn that will be spent on VR in 2016 will predominantly come from mobile and not headsets. Google has already shifted 5m Cardboard devices.

So, the days of us having entire holidays in virtual worlds is still a long way off. But it could be cool. Imagine visiting the Louvre in Paris without the French crowds. Or Venice in the summer without the dodgy smells. Or walking around Blackpool without any noticeable trace of its actual original form. If it means avoiding flying with Ryan Air, we could all be at it.

The Blogfather had the misfortune to watch the biggest damp squib of the year, which got him pondering what makes for an engaging, ‘real’ experience.

Now is the winter of our discontent

I have been working in marketing for just under two months, and this question has often entered my mind. I feel like I am missing something, a huge area that I do not fully comprehend. Like the shy, new kid, I am reluctant to enquire, for people may scoff in reply; “seriously, you don’t know what content is?”

Knowing Me, Knowing You

I saw Bono on the Graham Norton Show this weekend.