This Easter weekend I took off to the tranquility of East Sussex, and ended up having a long trek through the countryside, where I encountered the follies of John “Mad Jack’ Fuller.

The MP and philanthropist came to prominence in the early 1800s. After his political career ended somewhat abruptly, he took to building bizarre follies around the village of Brightling.

This was a man who would rock up to parliament in a fully-armed coach, as if he had set out for an expedition to the arctic, and who once built a 35-ft high fake church steeple just to win a bet.

Whilst walking, I realised he had put his unique, eccentric stamp on the landscape; there could be nowhere else on earth like this. The pyramid mausoleum he built for himself is like something from a Stargate/Midsomer Murders mash-up. 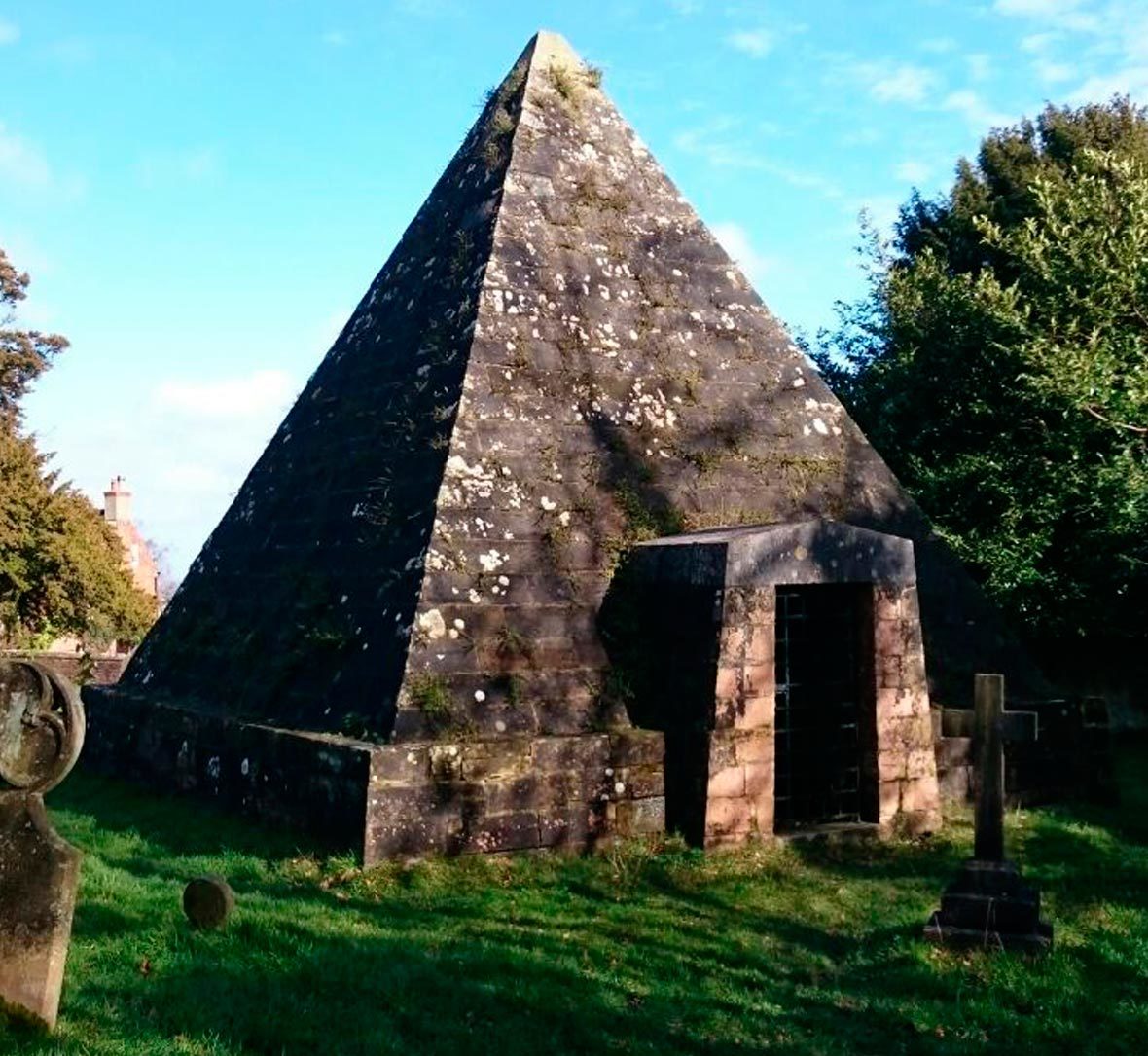 There’s nothing worse than attempting to be globally applicable.

The contrast to the vast amount of all-too-familiar stuff that can come across your screen at work was, naturally, acute.

I suppose this is why people ‘get away from things’ for ‘a bit of perspective’, which sounds very clichéd, but is undeniably true.

Further investigation revealed that these follies, which could at first be dismissed merely as the lavish whims of “Mad Jack”, actually had deeper motives behind their construction.

He created a good part of these building projects to give work to local men who had returned home from the Napoleonic War without work, nor a penny to their name. He may have been known as “Mad Jack” up in London, but in Sussex he was seen as a man of the people.

I think we can take something from this. In essence, all that truly matters is what your client thinks of you. You’ll never be the apple of everyone’s eye.

John Fuller’s motto was: “Nothing is of use which is not honest.”

Exceptionally pertinent for marketeers. Compromising your integrity by false promises or misleading ads is never going to turn out well.

John Fuller can be seen as a typically English eccentric. The artist Grayson Perry said recently, whilst talking on creativity at Advertising Week Europe: “There’s nothing worse than attempting to be globally applicable".

When so much is becoming formulaic and uniform, you should not be afraid to allow your individuality and personality to pervade through what you do. If no one in Brazil has a clue who you are, don’t worry.

There was a small book for sale in the church, which provided a concise biography and overview of Fuller. Outside of the several regional/county publications, there is not too much written on John Fuller, yet there is enough there for people who are inquisitive enough to go search. You don’t have to have all of the data all of the time. A genuine enigma is a rarity these days.

Also, the amount of Fuller literature is appropriate to the target audience. As we blogged last week, Meerkat is getting a load of hyperbolic press coverage. Now Madonna has been hood-winked by the hype and is going to live stream a new video on it (after the first attempt didn’t work).

As of this afternoon she currently has 1551 subscribers on Meerkat. That’s the equivalent of the population of one East Sussex village.

So much is sanitised these days, there is a distinct lack of fun for fear of repercussions. How much is genuinely instinctive and off the cuff now? Even ‘real time’ social media output can be months in the planning.

I’m not saying everyone should go out and start building random ambient media pieces in the countryside. Actually, I think I am. Go do it. So much out there is dull and predictable.

Go and partake in random follies.

Having never been one for keeping too many records lying about, The Blogfather sticks it to data this week, and wants to ask you something.

This short guide addresses six common fails to avoid in marketing. They are so inextricably linked, that to only deal with one or two is not enough. They are the building blocks to safeguard against failure and enable you to create the right conditions to thrive amongst the distinct 11%.