AI is all well and good, but it can't make errors as beautifully as humans

The Blogfather explores if we can artificially produce creativity, and what we may lose in the process.

“We want to treat AI-CD ß like a normal creative director.” I'm not sure how many creative directors are transported to a meeting in what looks like a refrigerated picnic box, but I take his point.

I struggled to write a blog this week, I won't lie. I struggled to find something worthwhile to blog on. Whatever I started, I quickly abandoned. I got frustrated. I started to wish that I could somehow magic one up, or have someone write it for me. A ghost writer, just for one week. Or even a machine where you can press a button and a blog plops out, all word perfect and shiny.

Then I saw a tweet from The Drum about the 'Automation of Creativity' and I thought my prayers had been answered. I clicked through and watched a 16 minute documentary video on three pioneering AI projects in the ad industry. You can watch it below if you have the time.

First up, the video tells us about AI-CD ß; the world's first AI creative director, launched by McCann Erickson in Tokyo. It's worth a watch, if only for the camp Asian guy's lairy shirt at around 6:13, but it details AI-CD ß being set a brief by Mondelez for their 'Clorets Mint Tab' product and the presentation of AI-CD ß's creative idea back to the client.

Shun Matsuzaka, communication planner at McCann Erickson Japan, states: “We want to treat AI-CD ß like a normal creative director.” I'm not sure how many creative directors are transported to a meeting in what looks like a refrigerated picnic box, but I take his point. 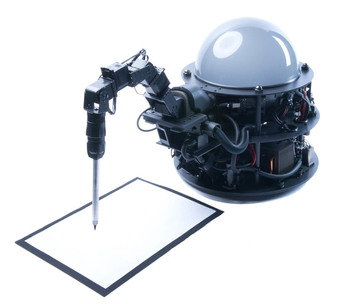 AI-CD ß, who looks like the love child of R2D2 and a Dalek, answers the brief with this solution:

“Convey wild with a song, in an urban tone, leaving an image of refreshment, with a feeling of liberation.”

The client, despite concerns that the answer is a little ambiguous, is suitably impressed, and gives the go ahead for a story board to be produced. I know that it is indeed ambiguous, but for all this new cutting edge technology, doesn't this basic communication arc have more than a passing resemblance to...the classic 1980's Diet Coke ad? We learn that the database AI-CD ß works from is made up of 1000's of TV commercials. So, it has basically rehashed what has gone before.

But still, it got me thinking, if I created a database of all my old blogs and wedged it into AI-CD ß's mug, maybe I could save myself some time. But ultimately, it would just be a re-hash of what I've said before. Nothing new. Just humourous digs at the latest trends in advertising and marketing...

But moving on. Being someone who paints in oils, I can't help but find the second project in the video sincerely spectacular; The Cannes Lions multiple-award-winning The Next Rembrandt campaign from JWT. How they recreate Rembrandt's unique style and built up the intricate undulations of an oil painting's surface is fascinating. But ultimately, from a certain (harsh) point of view, it is a copy. An elaborate forgery. Nothing truly new.

The third project in the video was another 'world’s first'; an AI advert in the form of a digital outdoor poster by M&C Saatchi, Clear Channel and Posterscope, for the fictitious coffee brand Bahio. It is impressive, with facial recognition technology measuring people's reaction and levels of engagement to a succession of different ads, then amending the images and copy accordingly. The ad displayed is constantly evolving to grab the viewer's attention. It's cool, a pioneering form of data capture, and I can see how it could work by automating the process of tweaking an ad to suit various channels, but the fundamental premise of the ad still comes from a human. 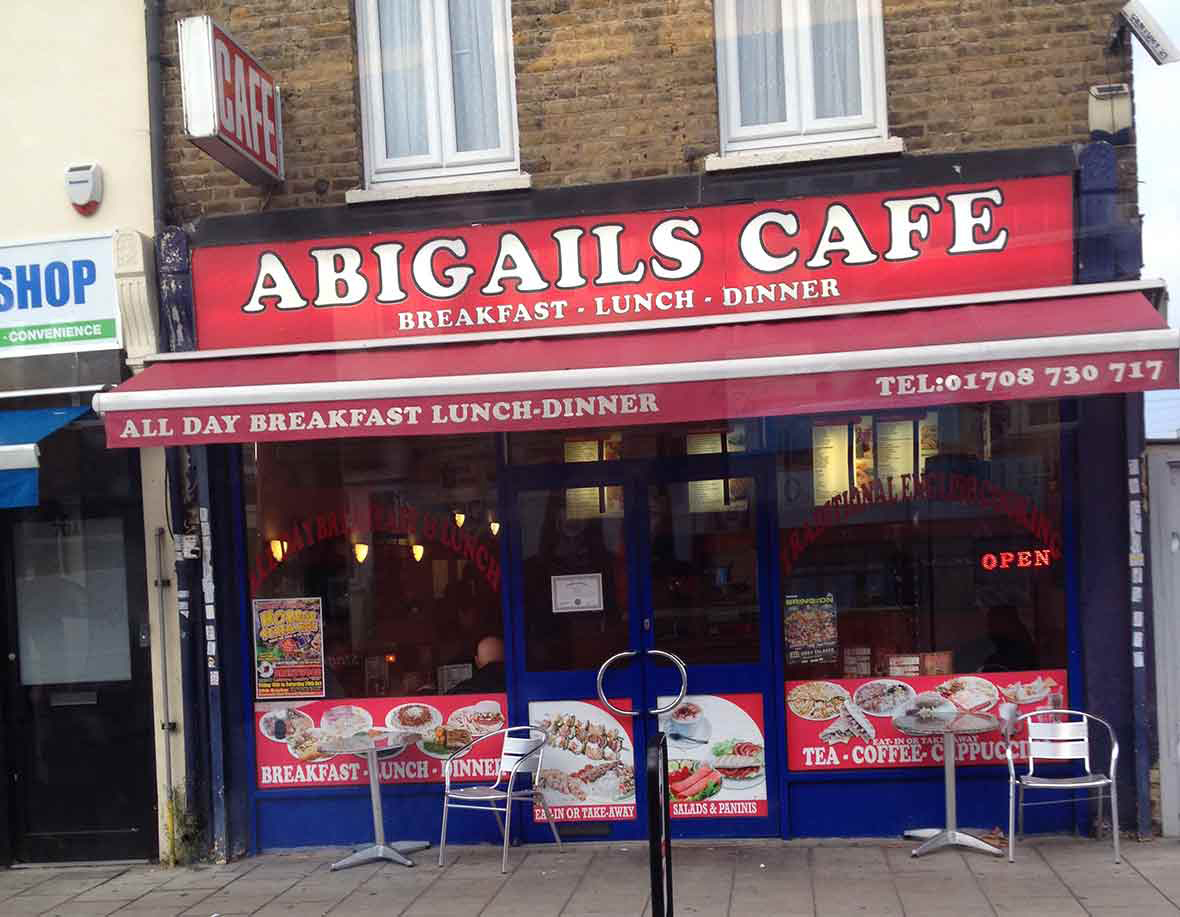 Maybe it's a little sentimental, but there is something attractive about human error with humourous, endearing results

On the bus to work I always get snagged in the same gaggle of traffic at the same point of the road, and I always see the same shop front. 'Abigails'. A possessive apostrophe conspicuous by its absence. The OCD copywriter in me wanted to sign-write a large apostrophe and post it to them for Christmas. One of my abandoned blog ideas was about typos, and the importance of proof reading, whilst incorporating some humourous examples such as Abigails. But in light of watching the above video, they seemed to take on a different kind of importance to me. Completely at the other end of the marketing spectrum, in every conceivable way.

Maybe it's a little sentimental, but there is something attractive about human error with humourous, endearing results. Is anyone working on some AI to mimic that? Good luck if so. I looked at Abigails shop front with a smile that no facial recognition software was tracking, nor trying to translate in terms of my 'engagement', and imagined the lack of an apostrophe being a long-standing talking point amongst Abigails regular customers.

So the next time you see an article saying something like 'those who are not embracing AI run the risk of being left behind', just maybe question if that is actually true, or rather, if it is relevant to your business. No doubt AI can help with some of the more mundane, time consuming jobs of collating a lot of historical or consumer generated data to see what's successful, as the documentary suggests, but it cannot just pull amazing, new ideas out of nowhere.

Which is what we can do. You and us. So why don't you pop in for a coffee, and who knows, we may be inspired by observing Wokingham's eclectic characters and dubious market stall signage from our window. 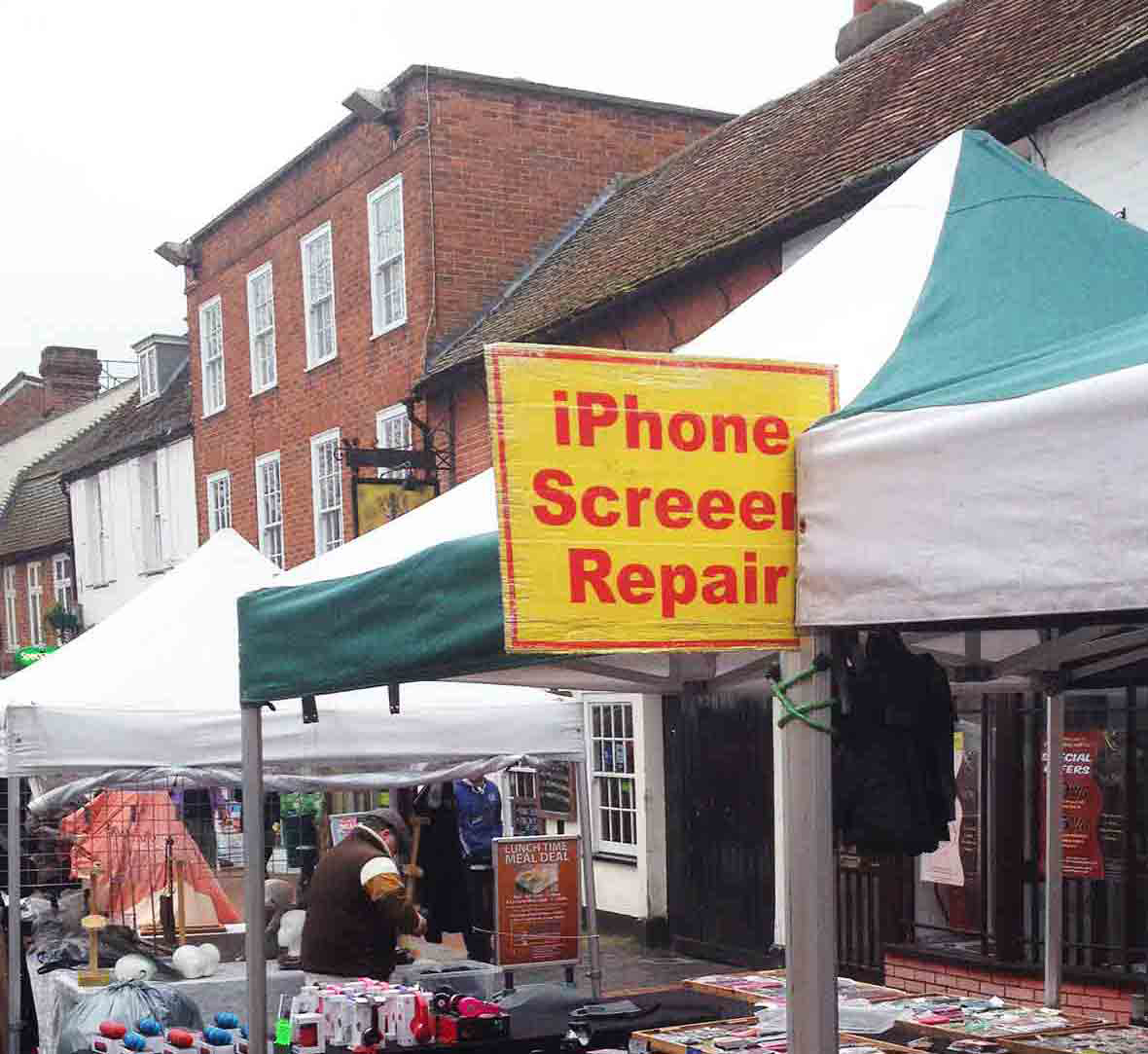 The Blogfather puts on his irreverent boxing gloves and lands one on the chops of Tech, and gives Will.i.am a pounding.

The Blogfather throws off the shackles of his inherent scepticism to explore the world of Virtual Reality this week.

The Blogfather looks at robot auctions and reminisces on Lovejoy whilst considering the larger sphere of programmatic mobile advertising.