It’s a fine line between engagement and alienation

The Blogfather looks at how creating compelling engagement in instant messaging apps is the marketer’s new frontier.

Ceasing to ignore the opportunities of IM apps is easy enough, but the question is: how do you go about marketing via IM? People won’t accept advertising in messaging apps anytime soon. It will accelerate the sign ups to ad blockers and just alienate audiences further. It’s got to be cleverer than that.

On an absent-minded peruse on Facebook last week I chanced on a photo of a friend outside an exhibition. There was a huge ‘Mobile is Everything’ banner plastered to the front of the conference hall. With my interest piqued, I delved a little deeper to discover he was attending the Mobile World Congress in Barcelona.

Anyone who is anyone in the world of mobile was there, no doubt. With 5.5 billion of us estimated to have access to a mobile phone by 2020, you can begin to understand the hyperbole infused banner. UK adults spend on average two hours 24 minutes on their handsets, outside of calls. That’s a sizeable chunk of time to be vying for their attention.

It’s been well and often stated; the opportunity of mobile is huge. But a very new problem that’s arising for marketers is that the power to control the medium could well be slipping from their hands. Mobile operators such as EE and O2 are beginning to muscle back in and make their presence felt by going into partnership with the dreaded ‘Ad Blockers’.

It’s estimated that Facebook and Google control about three-quarters of the global mobile advertising market. This has its own problems, notably with the existence of ‘walled gardens’ making cross platform uniformity tough. But telcos wanting a slice of the pie could lead to advertising being blocked on a network level.

Cristina Constandache wrote in The Drum this week: “Ad blocking is not a phantom menace. It’s a problem created by not being creative enough. We didn’t push ourselves hard enough to find better ways to engage so the user got ticked-off and found a way to block us.”

Whilst true, it could just as much be down to simply getting greedy, with too much targeting and retargeting. There is some good creative around, and ad blocking is just as likely to be induced by relentless pursuit as it is a bad ad.

Now marketers want to pursue the consumer into the realms of Instant Messaging apps. 2016 is already shaping up to be the year marketers stop ignoring the instant messaging app. The big three are WhatsApp (1 billion users), Facebook Messenger (800 million) and WeChat (650 million). A growing number of people continue to have conversations in private and share links away from social platforms. Brands would love to be having engaging conversations that aren’t disruptive in these apps.

Ceasing to ignore the opportunities of IM apps is easy enough, but the question is: how do you go about marketing via IM? People won’t accept advertising in messaging apps anytime soon. It will accelerate the sign ups to ad blockers and just alienate audiences further. It’s got to be cleverer than that.

Amidst talk of ‘walled gardens’, perhaps the IM app is more the secret garden; it is personal and intimate, a haven from all the unwanted stuff that can target you, craving your attention. WhatsApp’s owner, Facebook, wisely says it will keep the app free from third party ads, and will generate revenue from “tools that allow you to use WhatsApp to communicate with businesses and organisations that you want to hear from.”

WeChat arguably leads the way, in terms of what is possible on IM apps. It is being increasingly used, primarily across China, for everything from paying directly for online shopping and managing bank accounts, to making a doctor’s appointment. That could be the key; brands need to offer a service of genuine usefulness to engage consumers, in what is being termed ‘conversational commerce’. It’s a good ‘in’, and from there you can share a bit of decent content, or an exclusive offer. Tictail is a good example of how in-app messaging can improve a customer service experience online. Users can talk directly with a plethora of online boutique store owners, providing the personal, one-to-one touch that users so often want, without invading your personal digital space and getting all a bit ‘oooh, suits you sir!’ 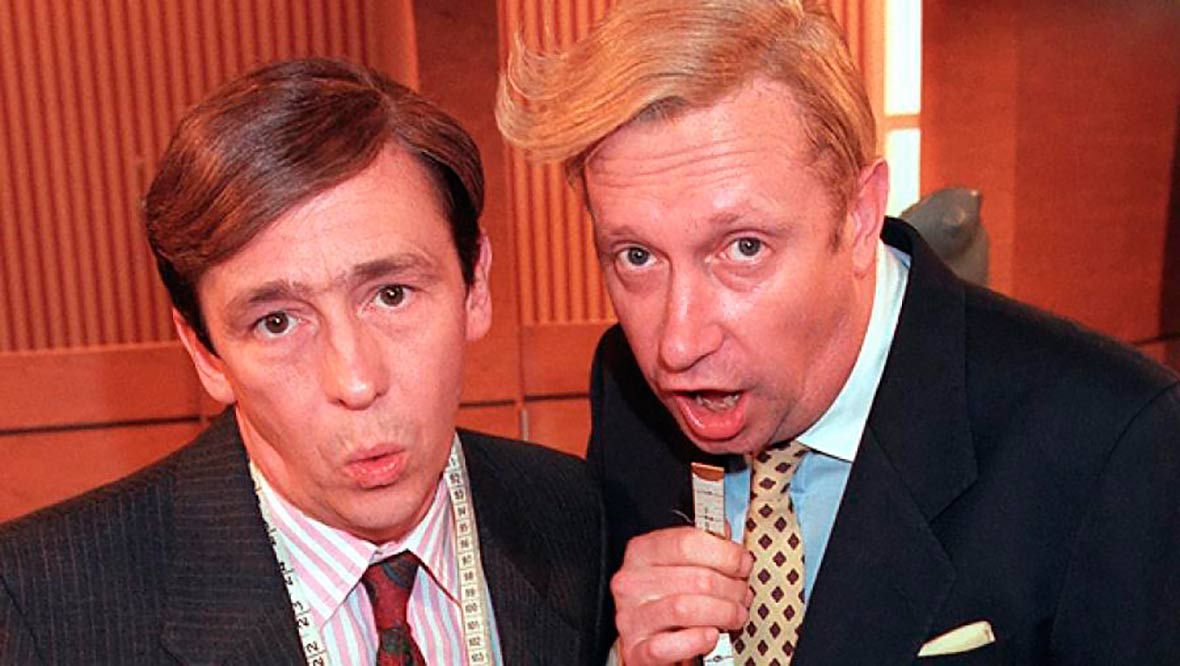 For larger brands, with the potentially huge amount of people looking to have a personal chat with them, AI looms large as becoming important in this sphere. But it is not yet at a level to be authentic enough to hold a human’s continued engagement. It’s an oft-uttered adage, but people want to be chatting with a human being.

Lewis Hamilton put in an appearance at the Mobile World Congress, talking about self-driving cars taking over his job, amongst other things. Although it was a bit tongue-in-cheek, this is never going to happen. Very few people would go to an F1 race knowing all the drivers are automatons, even if they make mistakes, push too hard, spin out or crash into the back of someone every race weekend like Maldonado. Why? Because, even though the cutting edge tech is a huge draw, we are ultimately watching humans do things we cannot do, and we are following personalities, and characters. OK, there is a lack of interesting, extrovert characters in F1 these days, but the point is still valid. 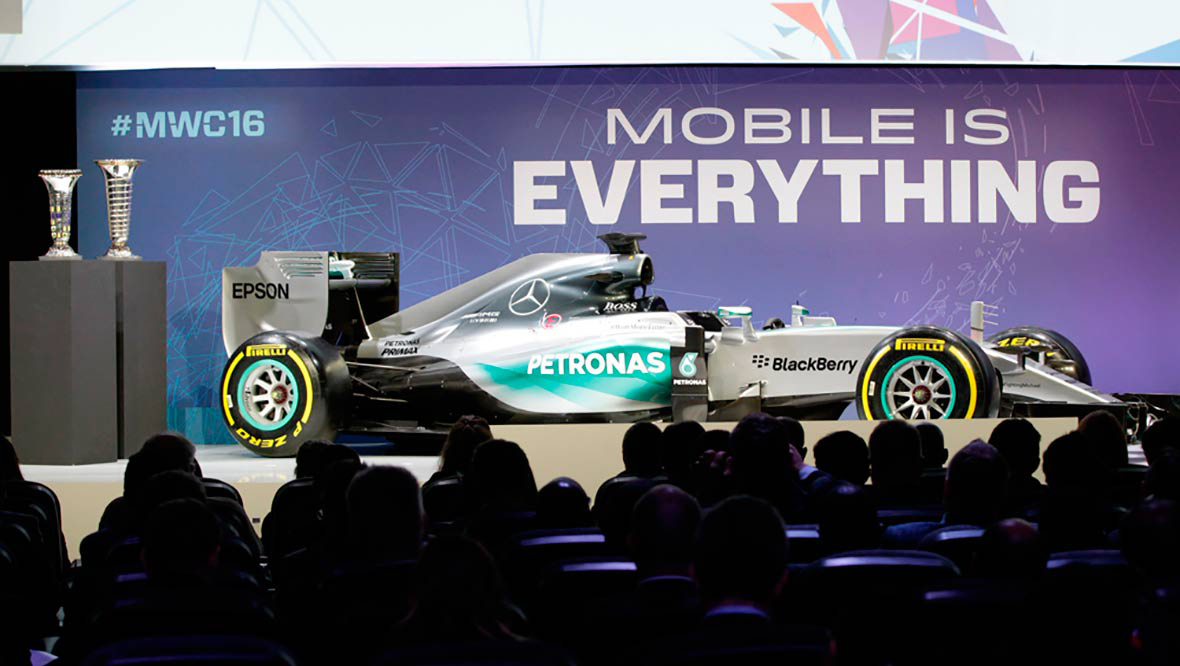 So the AI has to get a lot smarter, to the point where people using IM don’t know it’s a bot they’re conversing with. With messaging apps increasingly becoming a one-stop-shop for the consumer, they take on greater importance for communicating brand messages and driving sales. This has to be done in a form that’s native to the app and engaging.

In relation to the rush and sensations he feels whilst racing, Hamilton said; “I wish there was a way to make you feel what I’m feeling”.

You could argue this is the emotional zenith that every marketer and brand is striving to evoke in the consumer.

The Blogfather looks at the absurdity of Man, Marketing and Advertising as we find ourselves on the threshold of 2017, and mulls on what it could hold for us of a creative persuasion.

The Blogfather likes to keep certain things private (you ain't seen anything – kapish?), but sees progression and opportunity in the WhatsApp privacy updates.

So, some rogue called Valentine Feralcleave, who is amongst your Facebook “friends,” although you have never actually met, and you don’t really know how you are acquainted, tries to post something extremely awful onto your news feed during the early hours of Saturday morning. Thankfully, it never goes live and public.