I’m loathed to knock the Barack Obama story from the top of the blog list, but with such a remarkable weekend of sport behind us I thought I’d have to mark it with a short post.

I was in Wimbledon town centre on Friday evening and noticed that the branch of Morrisons has changed its name to ‘Murrisons’ - well done indeed! I wonder if the adapted sign will remain in perpetuity now that Murrays finally clinched the title?

Lions and Wimbledon victories are guaranteed to lift the nations spirits and naturally the sponsors will want to make the most of their association. Land Rover lead the charge on Sunday with an ad -by Rainey Kelly Campbell Roalfe/Y&R - in the Sunday Telegraph congratulating the British and Irish Lions. It’s a wonderfully simple idea – with the shape of Australia in steak and a caption; ‘The Lions Have Been Fed” – guaranteed to appeal to the tribal satisfaction of rugby fans. 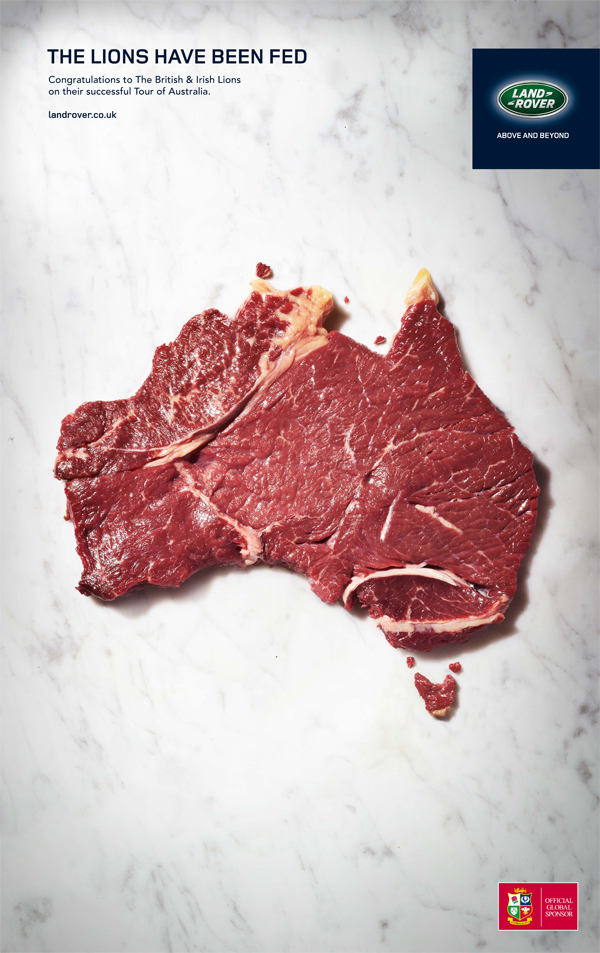 Much in the way that newspapers will prepare obituaries in advance, I wonder about the prior planning that goes into such ads, so that they are ready to circulate as soon as a sporting event is over with the right outcome. We’ve been granted a small insight into this as Bartle Bogle Hegarty have revised a 2009 ad for Robinsons, featuring people around the country of all ages celebrating a British Wimbledon win. The 2009 version featured the words; "It will happen again, and we'll be proud to be part of it", whereas the new version has the commentary from the closing seconds of the final yesterday as a soundtrack and the voice over says; “Worth the wait wasn't it?".

Arguably 2009 was the first season in which Murray was a serious contender for the Wimbledon title and thus Robinsons with BBH produced the ad to amplify the excitement, but in a way that was adaptable should the best happen – which to everyone’s delight, it finally has.

Equally Addidas are in the process of capitalizing on their sponsorship of Andy Murray beginning with tweeting this picture, "Wimbledone", which they produced in-house; 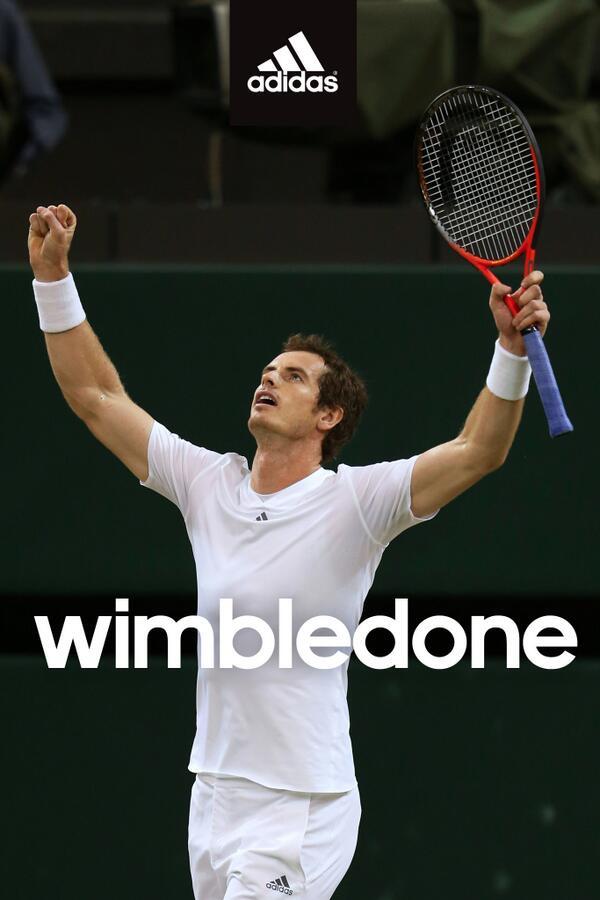 Once again – a simple concept that highlights the association between Murray and the brand, whilst the caption seems to intimate that winning was a collaborative effort between them.

P.S - I was in Wimbledon town centre on Friday evening and noticed that the branch of Morrisons has changed its name to ‘Murrisons’ - well done indeed! I wonder if the adapted sign will remain in perpetuity now that Murrays finally clinched the title?