Yep. Yep, we definitely should’ve got an agency in.

The Blogfather trawls through all the elements of the recent Uber rebrand. He don’t like it.

This is potentially the greatest working example of getting the decision of whether or not to work with an agency completely wrong.

As you’ve probably seen by now, that internet/tech/taxi impersonator app giant Uber has had a rebrand. The overall consensus seems to be one of confusion; people don’t really get it, and it’s seen as a wasted opportunity, from a design point of view.

It’s understandable why they’ve locked themselves away and had a bloody long look in the mirror. After Volkswagen, it is hard to think of another major brand that has such a poor reputation, with a procession of regular horror stories about users’ experiences.

Starting with the logo itself, this is actually a slight improvement. The old logo had wide letter spacing that took up too much space, whilst the overall look of the logo was thin and weak. The new logo is bold and tight, improving usability and readability on small screens. But aside from that it is uninspiring. 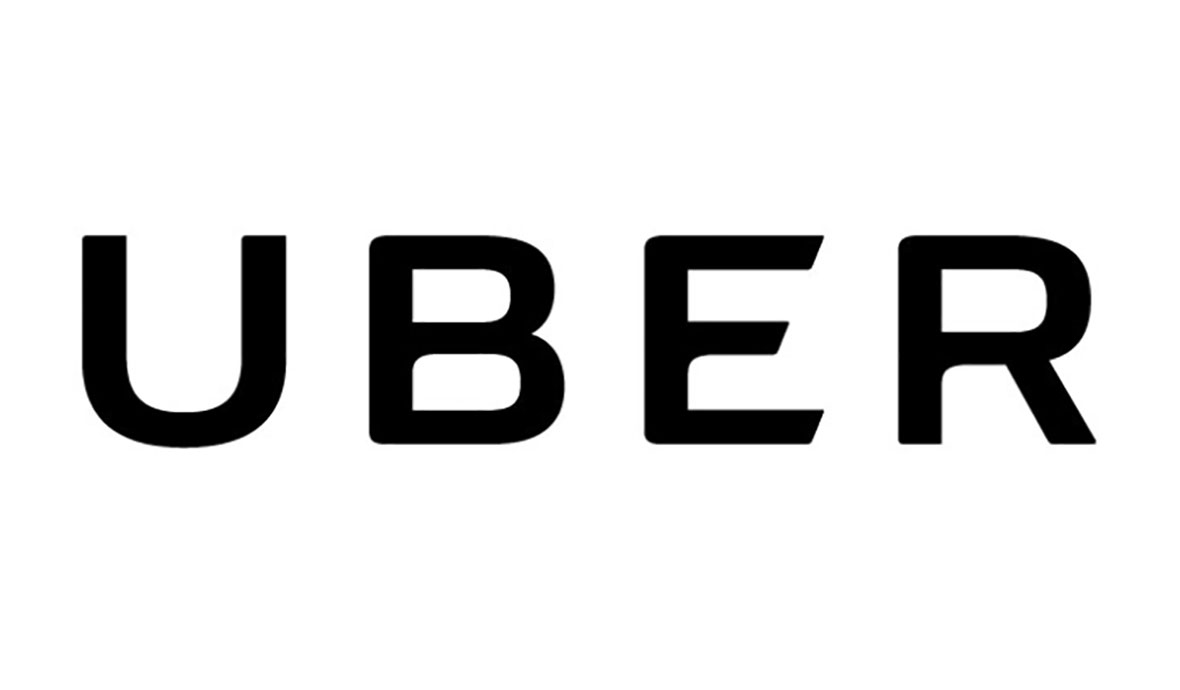 However, the icon for ‘riders’ looks like it is for something else altogether. The icon will be the first interaction most users have with the brand, so it is vitally important. Uber say their number one cultural value is to "celebrate cities", making people feel that Uber have always been an integral part of the city. Nothing says you have embraced and absorbed a city’s cultural fabric more than…placing a square, harsh, cold ‘Bit’ at the centre of your logo. Complete disconnect. There is nowhere near enough core brand strength to the icon, it is unidentifiable as Uber.

There is another separate icon for the drivers or ‘partners’. Beyond undermining consistency, surely anything that divides the riders and drivers into ‘us’ and ‘them’, in a climate of many public spats and arguments, isn’t a good thing?

The brand guidelines includes some copy for improper logotype usage that is indicative of what happens when you disappear up your own arse for 3 years in search of a new identity:

“Don’t harm the logotype – Our logotype shouldn’t be placed anywhere that could degrade our brand, like on a urinal or a dartboard.”

“Don’t violate the logotype – We love our brand but it doesn’t belong in the bedroom. Don’t place the logotype on underwear, condoms, or anything else that would link Uber and sexual situations.”

They have 65 localised colour palettes! All tailored to the different cultures of the cities they operate in, selected from a ‘holistic’ point of view. Crazy. I’ve made the analogy before, but this reminds me of the episode of The Simpsons when they let Homer design his own car. 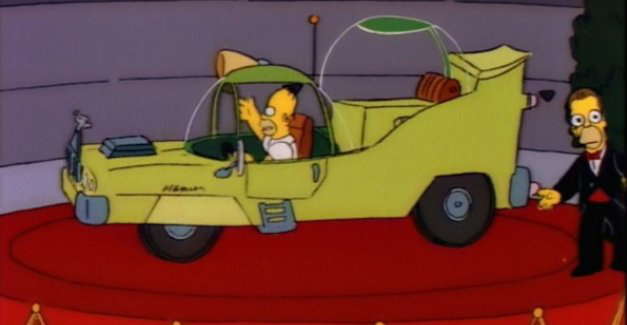 It apparently took them a year and a half to decide on five brand pillars that best encapsulate Uber: Grounded, Populist, Inspiring, Highly Evolved and Elevated.

Clearly, at no stage in the ‘war room’ did anyone notice the somewhat contradictory and exceptionally hard to pull off nature of being both grounded and elevated at the same time. Unless you are some kind of shit Dynamo. Well, Uber do have a habit of magically charging users for illusory rides they never took, I suppose.

This is potentially the greatest working example of getting the decision of whether or not to work with an agency completely wrong. Uber’s CEO, Travis Kalanick is not a designer, but an engineer and entrepreneur. They must have the cash for choosing a good agency. Their decision to keep it all in house could be indicative of a protective, insular stance, probably born out of an ‘us against the world’ mentality, in light of continued bad press. The naming of the place where they met as the ‘War Room’ could be enlightening in this regard.

A brand does need to know when to trust an agency. It’s understandable that they, like others, found it hard to let go of their own creation, but in not doing so, they have ultimately committed what we know here at Gasp as the 6th Fail: not delegating. They have lost objectivity. This is a point James Greenfield, creative Director of Koto, makes. He goes on further to say a good agency gives, “objectivity, insight and honesty, all delivered against the identified audience needs.”

There is disparity between how the brand is viewed internally and externally, maybe even denial on Uber’s part; denial about both the negative publicity they get, and also the fact that they are still primarily just a taxi hire app. Admittedly a stupidly profitable one.

Because their customer service system is so notoriously bad, people swarm over their social media output trying to get answers. A casual look at their Facebook feed will find a post talking of how they are delivering cupcakes in Birmingham. How lovely. The first comment on this post was: “After leaving my phone in an Uber on Saturday night, the taxi driver made me pay £50 to get it back…is this really your policy?” There are thousands of comments of this nature.

Bloated by self-importance, they are trying to transcend merely being a taxi hail app with ‘bits’ and ’atoms’, to become an all-encompassing tech firm. Future-proofing your branding in light of projective growth and widening of your product portfolio is fine, but you cannot alienate and confuse your customer base.

You cannot be all things to all men, as the now increasingly patriarchal-sounding old saying goes, but this seems to be what Uber are trying to be, and it has resulted in a brand identity that is disparate and lacking cohesion.

If you have cracked brand pillars and more colour palettes than a Norfolk watercolour holiday party, you know something has gone awry.

The Blogfather gets fuelled up on Lucozade Sport and orders a kebab via Just Eat, as he looks at the merits of a couple of rebrands this week.

The Blogfather takes stock of the UFC after its mesmeric rise, and ponders the key to it ascending to the next level.