A couple of months ago, it seemed that Bitcoin received a great tranche of publicity resulting in many media pundits flapping their hands saying daft things like;

Will this be the end of money as we know it?!

“Will this be the end of money as we know it?!” or “Could this be the future of financial transactions!?”

- I suppose there’s a chance they’re right, though I think they deserve a healthy bucket of skepticism chucked in their general direction. 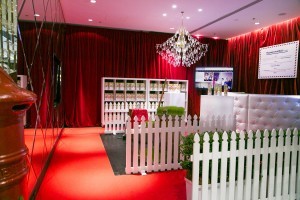 In the meantime, it seems that several companies are attempting to trade in another (notionally) liquid asset; social currency. This week a Special K shop in Australia are swapping bags of their new savory snacks for mentions on social media. As you’d expect, we at Gasp have been keeping our eyes on this trend with bird of prey levels of perspicacity, and have tweeted several similar stories. Last year Special K did exactly the same thing in London, except it only accepted Tweets as payment. Though much in the same way that you can pay for a pint in England with a Scottish fiver, it seems mentions on other sites are acceptable in the Australian incarnation of the shop. 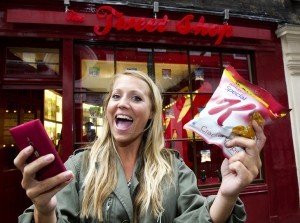 Earlier in the year, we spotted a Pepsi vending machine that swaps Facebook likes for a can. I think it’s a nice idea as a P.R stunt and as a way to get a quick hike in social media presence for a product. It’s a no-brainer for a customer, as I think I can speak for my demographic when I tell you that we’d ‘Like’ almost anything (up to and including Cliff Richard's Facebook page) in exchange for some free shiz.

Although I don’t think the use of ‘social currency’ will catch on in any guise above marketing exercises. It almost goes without saying these stunts grossly over-value a single mention on the social media-o-sphere, but also, to me it kind of arrogates the concept of social media endorsements, as I understand them, they’re supposed to be a genuine reflection of a persons views, not simply a list of buttons they’ve pressed in order to gain some free stuff.