and The Wurld Cop

Well now. Most of you will’ve heard the new World Cup song by now, and like us you’ve probably concluded that it’s shit.

Incidentally the term ‘guerilla warfare’ confused the hell out of me when I was a kid. At 6 years old, on hearing snippets of the Today Programme over my Frosties, I thought Bosnia Herzegovina was like 'Planet of the Apes' or something.

But it’s got us thinking here in the Gasp office, about the potential for ambush marketing at the football World Cup next month.

Ambush marketing wasn’t a term I was wholly familiar with until recently, it’s where advertisers associate themselves and exploit a particular event without paying any sponsorship fee.

Among other things it’s yet another example of marketing’s fondness for all things military. Perhaps all marketing people wanted to be soldiers when they were kids, but we’re all cowards and opted for a scaredy-cat’s profession instead. But we try to make up for it by: ‘developing strategic targets,’ ‘flanker strategies,’ ‘launching campaigns’ and ‘driving guerrilla tactics’. It’s faintly pathetic when you think about it.

Incidentally the term ‘guerilla warfare’ confused the hell out of me when I was a kid. At 6 years old, on hearing snippets of the Today Programme over my Frosties, I thought Bosnia Herzegovina was like 'Planet of the Apes' or something.

Anyway I’m not sure how stringent the World Cup people are with ‘protecting the brand’ but if they’re anything like the Olympics then they’re bastards. Just out of interest I read the IOC rules for non-sponsors today and my goodness me, they’re fierce.

Parliament enacted a special piece of legislation, enforcing a ‘Brand Exclusion Zone’ around the Olympic Park in East London, as well as a ‘Brand Blackout Period’ during the games. There were restrictions on using words like ‘gold’, ‘summer’, ‘sponsors’ and ‘London’ which were policed by special uniformed ‘Brand Police’ with potential fines of up to £20,000. Apparently marketers wanted to be Stasi when they were kids as well.

Here’s one brave and funny shopkeeper who attempted to wrong-foot the ‘Brand Police’ during the ‘Lodnon Oimplycs’. 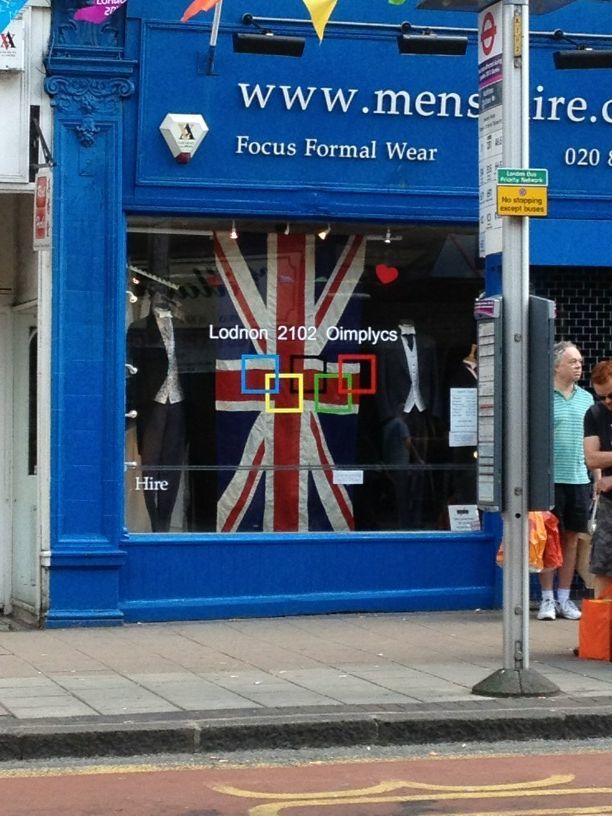 Much larger brands attempted to use ambush-marketing tactics for the Winter Olympics this year as well. My favourite was from ‘Zippo’ - the lighter brand who made the most of a photo of the Olympic torch being hastily re-lit with one of their products, in the run up to the games. 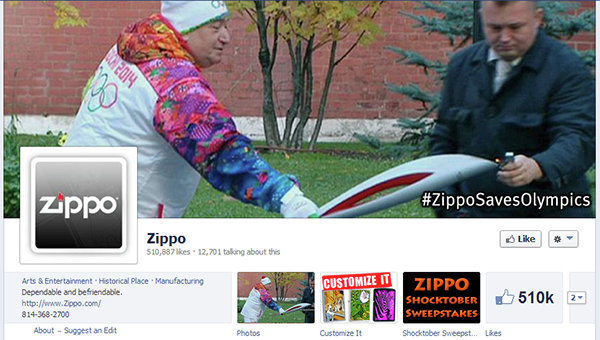 They apparently received a severe slap on the wrist from the ‘Brand Police’ for that one, so they changed the strap line to; ‘Zippo: Perfect for all winter games. Wink. Wink’.

When I mentioned that this week I’d be writing bout Ambush Marketing in the blog, everyone got all excited and started sending me their favourite examples. This one surely has to take the biscuit from AXE deodorant (Lynx to you and me). 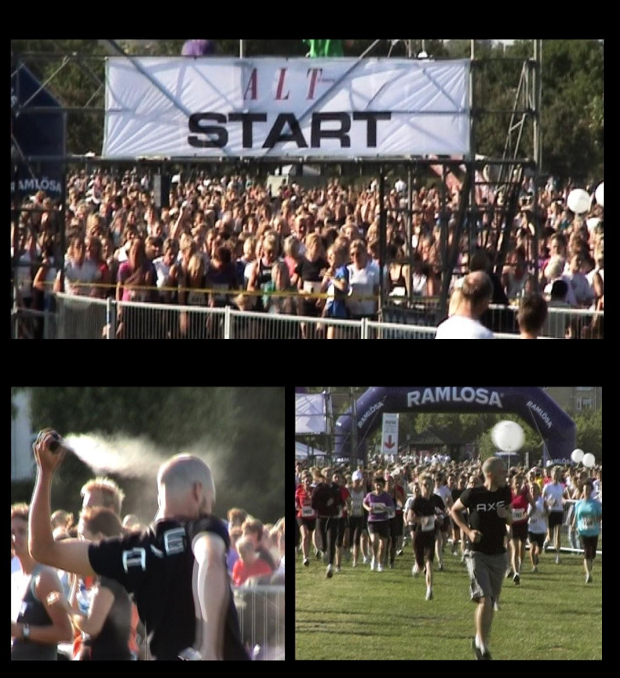 They got men to leg-it ahead of the pack at a women’s marathon spraying themselves with AXE, tying in perfectly with the ads they’d been running where men became irresistible to women after using it. Along the same vein, here's another great one from AXE. 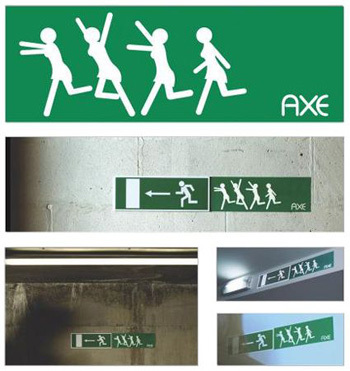 An ambush-marketing concept which surely deserves a mention is this one from DHL, who in Gasp patois have ‘done a well cleva’ funny.’

At the World Cup in South Africa – 2010, a load of blonde Dutch girls in orange t-shirts got chucked out of a match, because they were allegedly advertising a Dutch beer rather than watching the footy. That was four years ago, we’ll be interested to see how ambush-marketing tactics have been refined. Eyes on Rio.